This is to inform the general public and those who participated in West African Examinations Council (WAEC) 2020/2021 Session that the results is Set to be Released within 45 Days (October or 1st Week of November, 2020. 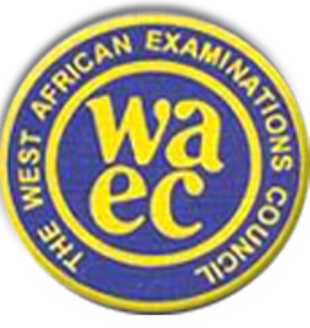 “Information reaching Afriedu Team from a reliable source has confirmed that the 2020 WAEC - WASSCE for School Candidates (May/June) result will likely be released at the end of October or 1st Week of November, 2020.

Important Note : Kindly bookmark this page and check back later to be informed once the result is out”.

This is to inform candidates and the general public that the results of the WASSCE for School Candidates, 2020 in Nigeria will be released by the Council in the next 45 Days probably and hopefully on or before 30th October, 2020 OR 1st Week of November, 2020.

Candidates who are not indebted to the Council will be able to access and check their results online, using the results checker PIN on their smart identity cards used during the conduct of the examination.

It will be recalled that the examination council has stated that a technology had been deployed to some marking venues to assist in scanning the scripts.

This would facilitate the marking of the scripts and impact positively in the early release of the results.

The council had also said it has deployed technology that would help detect malpractice in its objective questions.

The West African Examinations Council (WAEC) has said it plans is to release the results of the just-concluded school-based West African Senior Secondary School Certificate Examination (WASSCE) within 45 days after the exam has ended.

The examination, which was postponed from April to September due to outbreak of coronavirus globally ended on Saturday nationwide and in other four West African member countries of WAEC, namely: Ghana, Liberia, Sierra Leone and Gambia.A total of 1,459,463 students sat the exam in Nigeria and they were examined just like their mates in other countries in a total of 76 subjects from which each of them sat for eight or maximum of nine subjects that must include English language and Mathematics.

The head of public affairs of WAEC Nigeria, Mr Demianus Ojijeogu, speaking in an interview over the weekend, revealed the plan of the organisation to release the results within 45 days after finishing.

He said that had been the standards of WAEC in the recent years, especially for the school-based examination and the same plan still applicable for this year’s edition before the outbreak of COVID-19 and it subsequent postponement.

“So, certainly, we will still work towards achieving this 45 days time lag target,” he stressed.On the conduct of the exam generally, he described it as a huge success, saying it was hitch-free nationwide.According to him, both the students and exam officials adhered strictly to COVID-19 safety measures rules in and around the exam venues while the exam lasted.

While WAEC commended all the stakeholders for playing by the rules guiding the conduct of the exam, he attributed the entire success to the Almighty God.

On malpractice, he said not only that some candidates were caught to indulge in the act but also some invigilators and supervisors as well as operators of what he termed rogue websites were also caught.

According to him, there are categories of people caught for malpractice during the exam and more would still be detected during markings and all of them would certainly serve the consequences of their respective actions according to the law.He said,

“Some candidates were caught cheating at the exam venues. We have those we detected while scrutinizing their answer booklets after submission.

There are those we will still detect at the marking venues like those who copied themselves and all that.

“We will collate them all to know the exact figure of malpractice cases recorded during the exam.

“Aside from them, we have supervisors who tried to help candidates and some even screenshot question papers and sent to their collaborators elsewhere.

“And those supervisors and their collaborators caught are already with the police authorities in different states for their onward movement to the police headquarters in Abuja for necessary action.

”On the states prone to insecurity in the country, especially northeast and north-central, Mr Ojijeogu said the organisation enjoyed the support and cooperation of various security operatives including the military and the police by safeguarding both the candidates and the exam officials throughout the exercise.

Please if you think this post can be helpful to somebody else, please share it on Twitter, Facebook, Whatsapp or Email it to friends. There are buttons ABOVE for this (easy to use too)!

Am an Entrepreneur and a student who love to share Educational news.

Ekiti State Shuts Down Schools Due To End SARS Protest

A yet-to-be identified lady was found dead underneath a hotel bed in a popular hotel...

Yahaya Bello Is An Unfortunate Governor, We Want Direct...

Concerned members of All Progressives Congress (APC) in Kogi have urged the party’s...

Nigerian youngster, Deji Sotona has been named as the fastest player at Manchester...